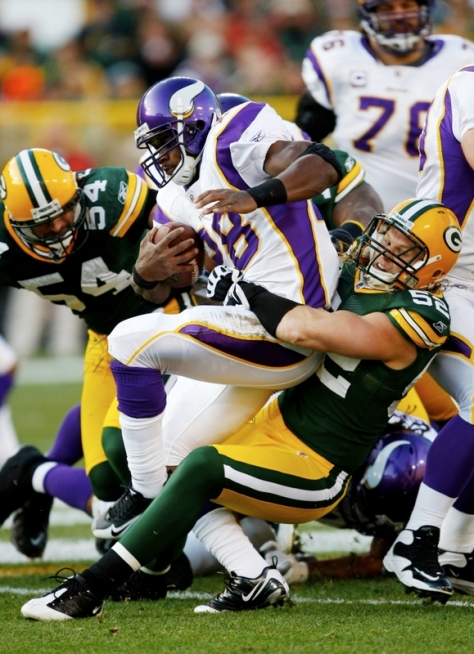 I will admit that you cannot evaluate your draft pick the first year, but all three linebackers that came out of USC last year are reeking havoc in the NFL.  Rey Maualuga was considered and nominated for the September NFL Defensive Rookie of the Month, Clay Matthews was the NFC Defensive player of the week.  Houston Texans linebacker Brian Cushing was named AFC Defensive Player of the Week.  Cushing also earned the the AFC Defensive Rookie of the month honors in November.

The Chargers did not have a chance to get Cushing, but Rey and Clay are AWESOME!  The Chargers have flat out dropped the ball in recent drafts and you have to wonder what they are thinking sometimes and if they are thinking.  A.G. Spanos went to USC, so you have to wonder what their aversion is to drafting from the powerhouse school up the freeway.  This is not the first time the Chargers have passed up on dominant Trojans, but let’s hope it was the last time.

I for one just do not understand how you pass up the BEST DEFENSIVE PLAYER in college football when you have a chance to get him.  Furthermore, I don’t understand how you pass up a player like Clay Matthews with his pedigree and knowledge of the game.  Clay Matthews’ brother Bruce Matthews, who also played at USC, and father Clay Matthews, Sr. were also NFL players. Two of his sons joined the football team at USC, while another joined the football team at the University of Oregon: Kyle Matthews was a safety at USC (2000-03) and Clay Matthews III played linebacker and defensive end at USC (2004-2008). After graduation, he was drafted by the Green Bay Packers. Casey Matthews currently plays linebacker at UO (2007- ).[1]

The Chargers are on a roll and there’s no doubt about it.  That doesn’t mean I like watching AWESOME players on other teams that we could’ve had and need!

One thought on “Yes, the Chargers passed on this guy too!”